Still thinking about my fire.
As you know I lost everything.
One “thing” just came back to me, and I’m in complete awe.

At this time in my life I did not have a computer and never even considered one. I got up every morning and wrote down this idea, (long-hand, may I add) that was coming to me fast and clear. It took a year to write it all down, and another year for several re-writes. Finally I had my “besty” (Carla) type it out and make several copies for me.
The publishing episode was long and grueling. I probably sent out 20 copies to no avail.
I put my baby aside when other happenings started to come into my life, but this heart-felt story was never far from my thoughts.

Fast forward 2011. The fire. I lost all my manuscripts and Coulier’s Island was gone.

I was mad at God for a while.
“Why did you help me write this book and then let it burn???”
The answer I received was ” Nothing you do is ever wasted.”

Fast forward again to now.
Two weekends ago I went to a Spiritual Retreat, Delphi, in North Georgia.

Without going into too much detail (I experienced sooooooo much that weekend) I am compelled to share one situation that opened my eyes even further.

One evening the group had a discussion about “What do you think will happen when you die?” Everyone who goes to a spiritual retreat most likely believes in an after-life, right?

So, the discussion varied from the tunnel to heaven and hell, all the way to…

“What if you can design your own after-life?

All ages, religions, cultures were represented (and probably mostly Christians).
The discussion was gloriously exuberant.
This would be MIND CHANGING if it were true.
It doesn’t go against any religion or philosophy.
After life experiences prove that every one is different. Everyone has their own expectation.
If you want to see loved ones, they will be there. If you have envisioned hell… guess what ?!!!
I was completely impressed with all the scientific proof but my gut told me even more.

This resonated with me and that’s my TRUTH serum.

Most in the church that evening were exhilarated with the possibility and we all left with our minds on over-drive. I went back to my cabin on the river, took copious notes and fell asleep to the sound of fast moving water. 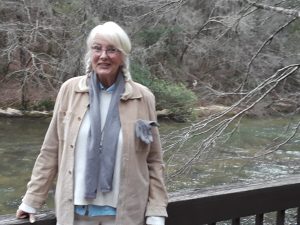 The next morning I woke up to a vivid and everlasting dream that I just had of  COULIER’S ISLAND. Not the actual book’s plot, but the vision of the island itself.
As though I was in a drone.
You see, this island was not on any map. No longitude or latitude coordinates. But it was UTOPIA…
or at least how I see UTOPIA, BLISS, HEAVEN. (It’s all the same to me).

I found myself writing my dream down so I would remember every detail (as if I could ever forget it now).

The island was surrounded by clouds, so when sail boats found it, it was because they were not using    navigation tools, they were just moving forward.
The first thing they would see was beauty. The vision would capture their breath.
As they walked on to the land they would notice the island’s fragrance.
The visitors were full of vitality yet a significant calm came over everyone who found this secret place.
If they stayed there long enough they would find out:
Everyone got along.
There was no money. Everyone bartered their gifts and talents, and it all balanced out.
Coulier was an elderly artist who all the islanders looked up to. (No coincidence that he
looks like how I envision God ;-).
The assimilation of the newcomers was rapid and when they finally had to leave the memory dissipated but the knowing stayed.

So, what is my revelation from this dream ???

God gave me my book back.

He said my time would not be wasted… and it wasn’t.
Almost 30 years ago I wrote a book of what my heaven will look like and now… all I have to do is re-visit Coulier’s Island.

So, if YOU could design your after-life what would it look like?